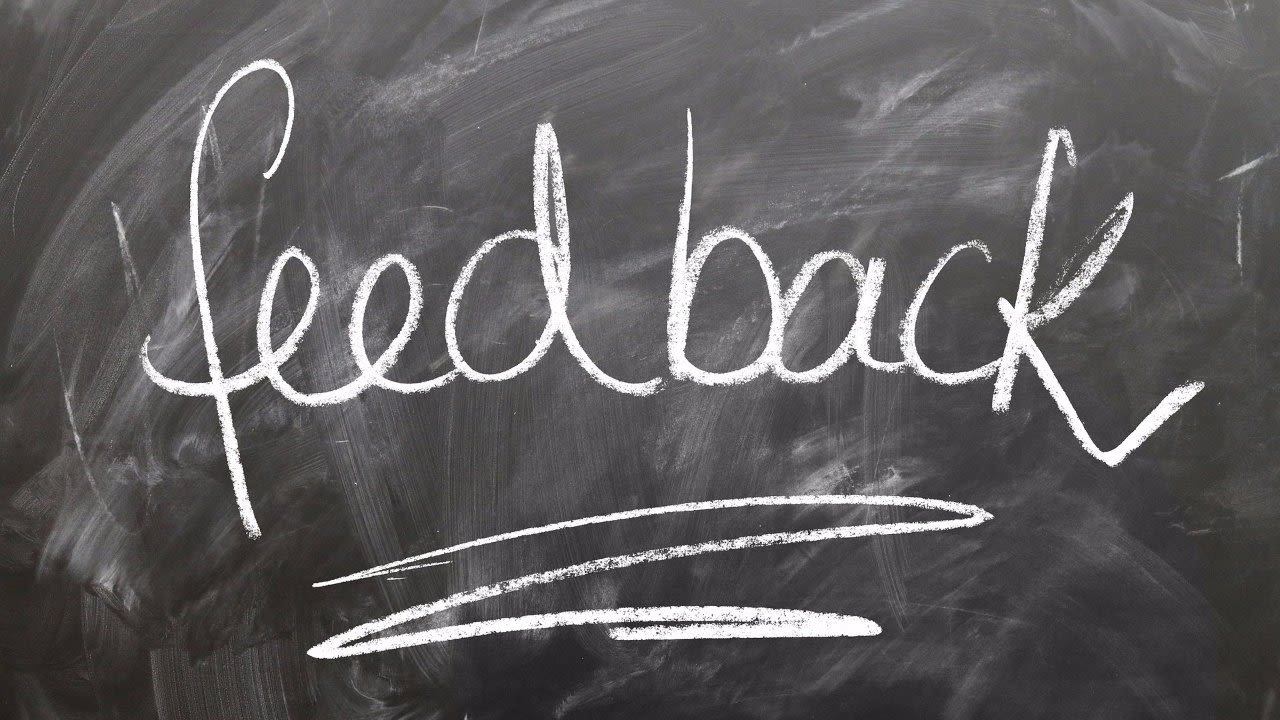 Master the Art of Giving Feedback

Most people assume it’s harder to get constructive feedback than to give it — but the fact is, a lot of managers have a hard time giving it too.

According to a 2015 survey from Interact, 37% of business leaders are uncomfortable giving direct feedback or criticism to their employees about job performance, because they want to avoid confrontation.

Giving feedback isn’t always easy, but it’s one of the most important jobs a manager has. Timely and honest feedback — delivered respectfully — helps build confidence in individuals and trust in larger teams.

In this post, you’ll get solid tips on how (and when) to give feedback to your employees — without dreading the process.

Don’t Wait to Give Feedback

There are many situations in life where we get immediate feedback on what we’re doing — even if we don’t think about it that way. If we drift into the wrong lane in traffic, the feedback of horns honking at us is usually instantaneous. A server in a restaurant can tell from her tips at the end of the night whether or not she’s done a good job.

The beauty of timely feedback is that it lets us adjust — do more of one thing, less of something else, or even do something else entirely. It’s not a judgement of our character, it’s just input that we can use to improve on what we’re doing and how we’re doing it. It allows us to course-correct.

It’s the same with feedback for your employees.

Whether the feedback is positive or negative, it’s important that you provide it as close to the event as possible, while the experience is still fresh. That way, your employee can connect the feedback to his or her actions more viscerally, instead of relying on memory.

The other advantage to giving timely feedback is that it allows you to nip issues in the bud, before they mushroom into bigger problems. Waiting for an arbitrary “performance review” to deliver constructive feedback not only lessens the impact, it can create resentment. An employee who feels ambushed by criticism is far less likely to internalize it in a constructive way.

Giving feedback closer to the event lessens any drama or feelings of anxiety that might otherwise develop — on both sides. You’re not only giving your employee a chance to learn and adjust, you’re setting an example of honesty and transparency. And that builds trust.

Be Specific With Your Feedback

Have you ever had a manager tell you that you’ve done a “great job” or to “keep up the good work”? A pat on the back is nice every once in a while, but vague positive feedback doesn’t help you understand what’s really making things work. It’s … benign.

Vague negative feedback is much worse: It opens a loop that needs closing, and often leaves someone feeling confused and unsettled. Eventually, it breeds anxiety (or worse, resentment), which is bound to impact morale and productivity.

One of the reasons feedback is so important is that you can use it to shape behaviors. But your employees can’t take meaningful action if you don’t give them specific information on what you’d like them to keep doing, or do differently.

For example, a statement like “I’d like you to communicate more frequently about what you’re doing” is not as effective as “I understand you’re driving the social media strategy for our Giving Tuesday campaign. I’d appreciate a short email summary of your campaign activities once a week, so I can be on top of where we’re at.”

Formulating your feedback around specific situations and actions can be beneficial for you too. Managers often feel uncomfortable having to address issues of low performance, but when you break it down in terms of the behaviors and outcomes you’d like to see, it starts to feel less like a personal judgement and more like a problem that can be solved.

We’re not talking about micro-management here. But feedback that doesn’t include information about specific behaviors and outcomes — and why they’re important — is unfair to your employee. If you’re going to evaluate them based on job performance, they need a clear understanding of your expectations.

Specific feedback helps keep people focused and on track, but don’t neglect the importance of context and follow-up, too.

There’s nothing worse than stopping by an employee’s desk on the way to somewhere else, tossing out some feedback, then leaving. (Here at Advancement Form, we call that a “manager drive-by.”) You might think you’re being clear, but you are very possibly leaving your employee confused. It’s difficult to accept the feedback – especially constructive feedback – without context or follow-up.

Give Constructive Feedback in Private

No one likes to be called out in public. Ever.

Constructive feedback should always be delivered in private. It’s more respectful, and it gives your employee a chance to take in what you’re saying, rather than getting defensive and worrying about what their colleagues think about them.

You might not have all the facts, and addressing your concerns in a private setting allows your employee to give you some context. Giving your employee a safe place to talk about circumstances you might not know about builds trust.

Praise is a different matter, however. If the employee is comfortable being the center of attention for a moment (keep in mind, some aren’t), then complimenting them on their work in front of team members is fine. In fact, public recognition can have a more profound effect than a private pat-on-the-back.

Not only are you drawing attention to a team member in a positive way, you’re signaling the behavior you’d like to see.

You shouldn’t reserve feedback for out-of-the-ordinary occasions (like a successful fundraising campaign, or a colossal blunder). A regular cycle of feedback is a powerful tool for developing your employees and supporting their career growth.

New employees typically need more feedback than people who’ve been on your team a long time. It’s especially important during the onboarding period to check in and give feedback in short turnaround cycles. You’re establishing a relationship with the employee, and for more junior positions, you’re helping them build confidence in their new role.

For seasoned team members, you should still make a habit of providing feedback on an ongoing basis. For example, in a bi-weekly one-on-one check-in. It doesn’t have to be long and involved, but it re-affirms alignment between business goals and how they’re doing their job. It also sends the message that you care about the work they’re doing.

When your advancement organization is undergoing significant change, ongoing feedback is critical to keeping the initiative on track. It’s human nature to drift back to what’s familiar, so make feedback a priority to keep things moving in the right direction.

You’re also setting the expectation that they work in a culture of open feedback, behavior they’ll hopefully adopt themselves.

One caveat around giving feedback to anyone on your team: Be sensitive to the organizational hierarchy and your position in it.

For example, if you’re two levels above an employee in the reporting structure, it’s best not to approach them directly to discuss a matter of performance.

Think about it from the employee’s perspective. While it might be nice to be noticed by someone higher up in the reporting chain, getting feedback from someone other than their direct manager might put them in an awkward position. You might end up sending mixed messages, or worse, undermining their manager’s authority.

Encouragement is fine, but if your feedback is specific or less-than-positive, you should convey it to their manager and let them deliver it.

When It Comes to Feedback, Honesty Is Always the Best Policy

Though feedback isn’t always easy to give, it opens the door to a happier, higher-functioning organization.

When problematic behavior goes unaddressed, it poisons your team’s morale and eventually erodes trust. That usually leads to attrition and turn-over — and a downward spiral that takes much longer to correct.

So many advancement offices are already accomplishing a lot with sometimes limited human resources. Creating a culture of open and honest feedback is key to ensuring your organization continues to thrive!